Overview of the Masai Mara and Serengeti Wildlife Safaris

This 9-day Exclusive Budget Camping Safari visits some of the best game parks in Kenya and Tanzania, two of East Africa’s most popular safari destinations. Your safari adventure begins in Nairobi, Kenya, and travels through the scenic Great Rift Valley to the world-famous Masai Mara Game Reserve.

We visit Kenya’s premier game reserve, Masai Mara, in search of the rich wildlife that has made this one of Africa’s most celebrated game parks. In this tour, you will see the Wildebeest Migration, one of the most exciting wildlife displays on the planet!

We drive north from Masai Mara to Hells Gate National Park and Lake Naivasha, then south to Kenya’s stunning Amboseli National Park. We leave Kenya and enter Tanzania for game drives in Lake Manyara National Park before heading to the vast Serengeti National Park. Tanzania’s most popular safari destination and one of Africa’s most successful game parks – we’ll spend our days on game drives in search of the abundant wildlife found here. Then we’ll travel to Africa’s “Garden of Eden,” the Ngorongoro Crater.

We explore the wildlife-rich crater, looking for some game that has eluded us so far. We travel from the wildlife haven of Ngorongoro Crater to Arusha and then to Nairobi, where our Masai Mara & Serengeti Wildlife Safari concludes.

Your Kenya & Tanzania Wildlife Safari begins with pickup from your pre-tour hotel or the airport in Nairobi, Kenya’s capital. We travel to Masai Mara by driving down the escarpment and through the scenic Great Rift Valley. In the afternoon, we arrive at our tented camp in time for lunch before embarking on our first exciting game drive in Masai Mara Game Reserve. We return to the safari camp near Masai Mara Game Park after our game drive for dinner and an evening of relaxation. We sleep in permanent walk-in tents equipped with mosquito nets, beds, and private bathrooms.

Today we spend the whole day game drive in Kenya’s most popular wildlife reserve, the Masai Mara National Reserve. Our morning and afternoon game drives take us in search of Africa’s Big Five as well as the plethora of other wildlife that inhabits this vast Kenyan game reserve. On clear days, the Mara offers spectacular orange-tinged sunsets that are well worth photographing.

The Mara reserve in Kenya is 1510 square kilometers of incredible wide-open habitats and rich riverine forest that follows the looping meanders of the Mara and Talek rivers. One look is enough to understand its allure: it is the ultimate open savannah, home to a plethora of incredible wildlife. There is plentiful wildlife in the vast Masai Mara, including Masai giraffe, baboons, warthogs, bat-eared foxes, grey jackals, spotted hyena, topis, impala, hartebeests, and wildebeests. Elephants, buffaloes, zebras, and hippos are also plentiful. Lions are often often seen either basking after a large meal or surveying the plains for their next meal.Cheetahs and leopards are more difficult to see, but they are fairly common.The annual wildebeest exodus, known as the Great Migration, occurs in July and August, when millions of these grazers migrate north from the Serengeti in search of lusher grass, before returning south in October. In turn, the Great Migration of hoofed animals attracts hungry predators such as lions, hyenas, and cheetahs.

Hot-air balloon rides are a fantastic way to see the Savannah plains teeming with wildlife. These Masai Mara balloon trips are available at an additional fee.

The third day begins with a game drive in the Masai Mara Game Reserve, followed by breakfast back at camp. We ride north from Masai Mara to Lake Naivasha, stopping at the nearby Hells Gate National Park. This African game park has geological significance and a variety of topographical features, as well as a variety of wildlife and birds.

Owing to the lack of large predators, one of the game park’s distinguishing features is that it can be explored on foot or by bicycle. Bikes can be rented for an additional fee to ride around the game park. Hiking and cycling in the wildlife park are recommended because they are a perfect way to see the bush and are a rare opportunity in Kenyan national parks.

Dinner and accommodation at a lodge near Lake Naivasha.

Begin the day with a relaxing boat ride on Lake Naivasha (optional extra), spotting birds and looking for wildlife along the lake’s shores. Following that, we return south, admiring the rural scenery on our way to the stunning Amboseli National Park in the Rift Valley Province. Amboseli, Kenya’s second most popular safari destination, is located in southern Kenya, near the Tanzanian border. We stop for lunch on the way and then go for an afternoon game drive when we return.

Amboseli National Park is situated in neighboring Tanzania and encompasses the open plains at the foot of Mount Kilimanjaro, the world’s highest free-standing peak. Mt Kilimanjaro, Africa’s tallest peak, serves as the backdrop for game viewing in Amboseli, providing breathtaking photographic opportunities. Large herbivores such as buffalo and giraffe, as well as zebra and wildebeest, are often seen, as are predators such as lions, hyena, and cheetah. Amboseli is famous for its large elephant herds, especially the old bulls with their massive tusks. This national park is said to be the best place in Africa to get up close and personal with free-roaming elephants.

The opportunity to take close-up pictures of these incredible giants with the towering Kilimanjaro in the background is Amboseli’s main draw. The park also has a diverse birdlife, ranging from raptors to waterbirds, making for great bird watching.

In Amboseli, we have dinner and stay at a safari camp.

Breakfast, lunch, and dinner are all included.

We leave Amboseli National Park in the morning and travel south into Tanzania to the Northern Safari Circuit. Tanzania’s most prominent game parks, including the Serengeti, Ngorongoro, Lake Manyara, and Tarangire, are grouped together in the renowned Northern Safari Circuit. With packed lunches, we first make our way into the beautiful Lake Manyara.

This afternoon, we go on a game drive through this beautiful wilderness area in search of wildlife and birds. Lake Manyara National Park encompasses a variety of habitats and is home to some of Tanzania’s most rich birdlife. The game park surrounding Lake Manyara is well-known for its tree-climbing lions, a rare species, as well as its large baboon population. The park has one of the largest concentrations of baboons in the world.

Breakfast, lunch, and dinner are all included.

We start the day with a game drive in Lake Manyara National Park before heading to the world-renowned Serengeti National Park. The Serengeti is one of the world’s best safari destinations, with classic African wildlife scenes featured in numerous films and documentaries. We enjoy game watching in the Serengeti ecosystem on our way to our overnight campsite.

On game drives today, we visit the vast Serengeti plains in search of the incredible range of wildlife that can be found here. The Serengeti is one of Africa’s most well-known game parks, with prime open savannahs and a plethora of wild animals. This is Tanzania’s biggest game park, with 14736 square kilometers of African bushland.

The Serengeti is a year-round game viewing destination that provides world-class viewing all year. The annual Wildebeest Migration is the most well-known feature of Serengeti Park and its neighboring Masai Mara National Park in Kenya. This wildlife spectacle, also known as the Great Migration, is set in motion when an endless sea of grazers migrate across the plains in search of fresh grazing. Over a million wildebeests stampede through grasslands and rivers during this epic wildlife migration.

This magnificent herd of grazers attracts the Serengeti’s predators, which include lions, leopards, and cheetahs, as well as hyenas, jackals, and bat-eared foxes. The ostrich and kori bustard, as well as larks, finches, raptors, and the distinctive lilac breasted roller, are common sightings in Serengeti Park’s bird watching.

We drive southeast, keeping an eye out for game, into the magnificent Ngorongoro Conservation Area, where we spend the night at a crater rim campsite. We drive down to the crater floor in the afternoon for a rewarding afternoon of game viewing. With an area of 8300 square kilometers, the Ngorongoro Crater is the world’s largest whole volcanic caldera and is home to a diverse range of wildlife. It is frequently referred to as one of the world’s wonders, not only for its geological splendor, but also because it serves as an extraordinary natural sanctuary for some of Africa’s largest populations of big mammals.

The Ngorongoro Crater and other freestanding mountains are volcanic in origin, having formed during the fracturing process that created the Rift Valley 15 to 20 million years ago. It was a similar height to Mt. Kilimanjaro today when it peaked in size 3 million years ago! Breakfast, lunch, and dinner are all included.

After breakfast, we depart from the Ngorongoro Crater for Arusha, Tanzania. We arrive in Arusha around 13:00, just in time for the shuttle bus back to Nairobi. Alternatively, you could conclude your tour in Arusha. 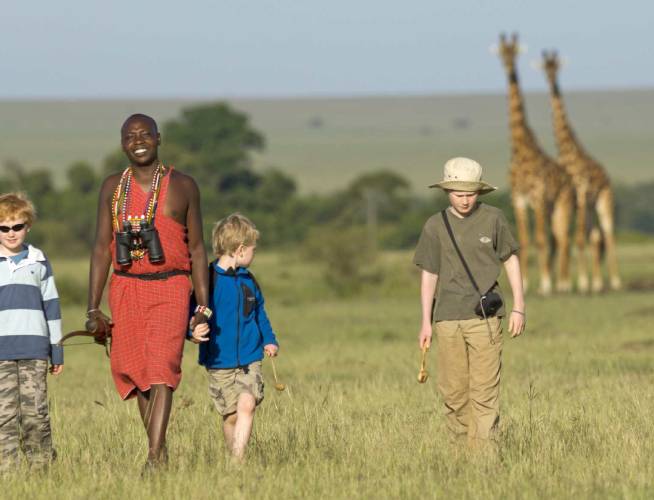 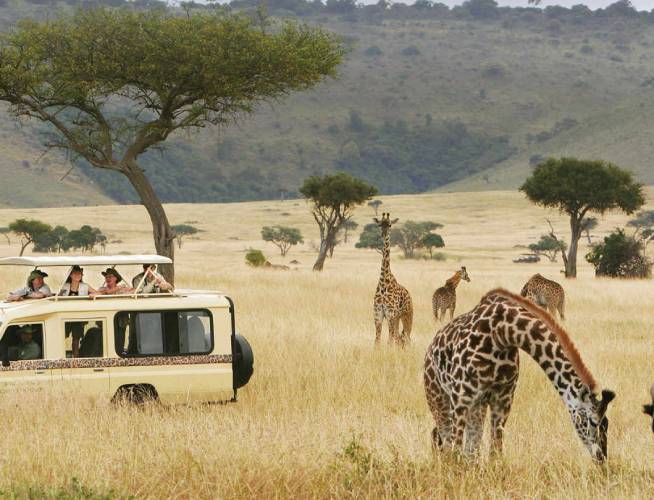 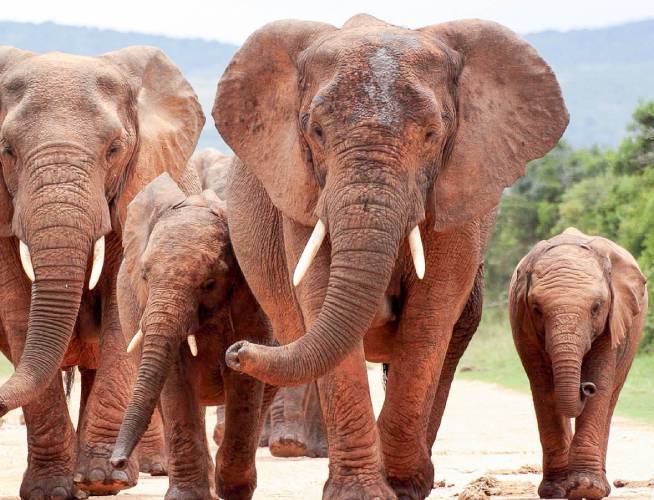 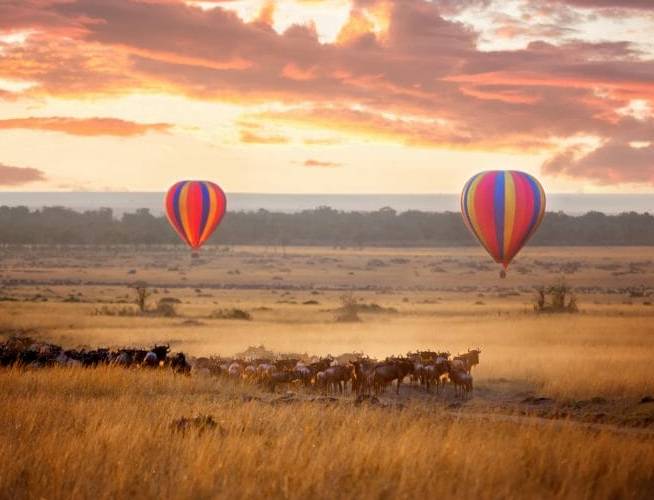